Beautiful Underwater Mural Cleaned and Coated For Protection And Preservation

Octopus and sharks in art… This is a mural that Fine Art Conservation Laboratoriescleaned and coated for protection for long term preservation in Santa Monica, California during the last couple of days. While this mural is not at risk for vandalism and graffiti, the varnishing will ensure much better long term condition 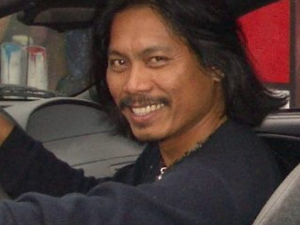 Born in the Philippines, Legaspi was the oldest of five siblings. He received his B.S. Degree in Architecture from the University of St. Thomas, Philippines and then worked as an architect, visual designer, merchandiser, and publicity artist for the U.S. Army & Air Force Exchange Service at Clark Air Force Base, Philippines, and the Royal AirForce, Upper Heyford, England.

In 1993, he became a full-time freelance artist and muralist, first in Sydney, Australia and then in Los Angeles. He returned to architecture at the CBMG Management Group in Santa Monica from 1999 to 2002.

Legaspi considered painting murals with and for children, whom he called his “Little Artists,” his life’s calling.

“Our whole campus is covered with beautiful murals that he did alone and large areas of murals that he did with every student at our school at that time and with parents,” Cott said. He said the artwork depicts aquatic life and enriches the elementary school environment. 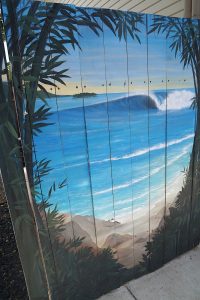 Legaspi also donated one of his world-famous painted surfboards, which was auctioned off for thousands of dollars for Webster, according to Cott.

The artist’s work is not only at Webster Elementary. He also did murals at other schools in SMMUSD, the Los Angeles Unified School District, the cities of Malibu and Santa Monica, private and public schools in the valley, South Bay schools, nonprofits such as the State PTA, as well as private commissions.

“He chose themes that are appropriate in this community in this place where these kids are growing up,” Cott said. 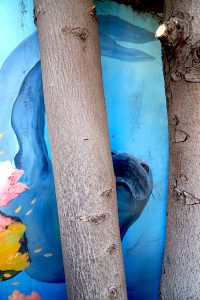 “David was the single most generous and prolific contributor to our school in my 20 years at Webster, and literally transformed our environment,” Cott said.

for protection and preservation

Before we can discuss the types of protective varnish to use, you need to understand the premise for choice. In the professional mural conservation field, when asked how long should art last, we think in terms of “generations.” Murals are part of a community’s heritage, part of the architecture, part of a community’s vibe and culture. They are not just a decoration.

As professionals, we are bound by Standards of Practice and a Code of Ethics. These prevailing standards would theoretically imply:

Here lies the conundrum:Murals painted in acrylic paint remain very soluble-dissolvable (Keim and oil to a lesser degree but still…) forever. So, cleaning with anything except water is a problem. Of course, none of the stuff sprayed, spilled or deposited on murals is cleanable-removable in water. Solvents and citrus based strippers used to remove graffiti also attack-remove the original paint.

In other words, ANYTHING that is used to varnish the mural, will become part of the mural because it cannot be removed safely (for the artwork). So, let that idea percolate for a moment…if the varnish yellows, that will be the look of the mural in the future and there will be no way possible to remove the yellow. If the varnish cracks and peels (obviously unevenly) then you can’t remove it to redo it later. This photo show.

Despite this warning or inevitable negative situation, some entities have chosen a “permanent” protective varnish over a sacrificial layering of removable or “thinnable” varnish. I think their choice is based on ignorance based on the opinions of non-conservation-preservation services within their bureaucratic channels, not because there has been a logical choice .

The two schools of thought for the choice of protective layer or varnish are:

Polyurethane Topcoat. Here is the link for application instructions. I suppose that because this is a commercial product, that this appeals to bureaucrats. I’ve also been told that some graffiti can be removed from this protective layer with a commercial cleaner called Goo Gone (another long term preservation problem).

The Office of Cultural Affairs chose this material at the recommendation of their graffiti abatement contractor. The photo below shows a brown varnish under the graffiti. This was a permanent hard coating applied over a sacrificial varnish, that was not yellowed or brown.

A “sacrificial” varnish layer is one that is applied so thickly that when tagged, the graffiti can be removed along with a layer of varnish without having to remove all the varnish. This means that the cleaning-removal solutions don’t come into contact with the original paint. After the graffiti removal, the surface needs to be re-protected or in other words, the sacrificial varnish layers need to be reapplied.

The resin used for the sacrificial layers is not a commercially available product, but can be purchased from conservation suppliers. The resin used is Rohm and Haas’ Paraloid B72. We usually spray apply 4 heavy coats of 15% solids (in xylene solvent). Then we follow up with 4-5 coats of 30% applied with rollers as thickly as can be possible applied without creating drips. On the mural in the video below, the artist originally thought to apply the thicker sacrificial layer only up on the wall about 8’. But yielded to reason when I showed him the nefarious techniques some vandals use to spray way up high on walls. So, we applied all the layers over the entire mural. 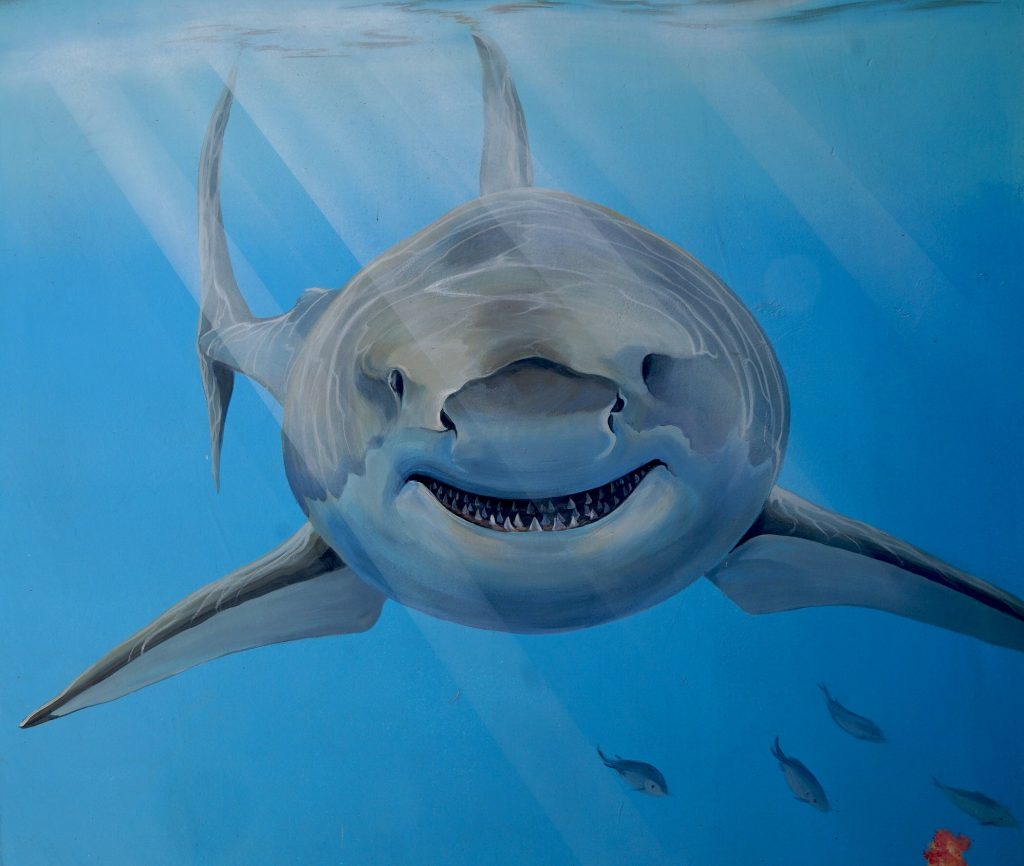 Scott Haskins has been in professional art conservation since 1975, specializing in the conservation/restoration of easel paintings, murals and art on paper. FACL, Inc. is known nationally for doing A+ work no matter the size or difficulty of the project. We are happy to do a quick cleaning on a family heirloom. Our client list and resume is also full of very satisfied clients of large, difficult/complicated projects at remote locations. Excellent services are also available as an Expert Witness/Legal Testimony in art related matters. Consultation on art related projects occur regularly including extensive insurance evaluations for insured or insurer. Services are offered worldwide. Scott M. Haskins is also author of the "Save Your Stuff" series, educational information, materials and supplies to help people protect and save their treasured family heirlooms and collectibles at home and office. He can be reached at 805 564 3438. Video and written testimonials at https://www.fineartconservationlab.com/testimonials/
View all posts by Scott M. Haskins →
This entry was posted in Murals and tagged mural restoration. Bookmark the permalink.