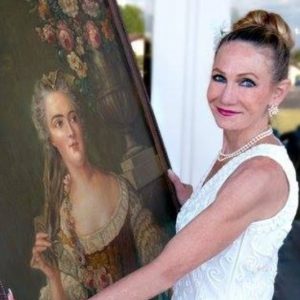 Given the abundance of very destructive disasters in our area recently (two wildfires and the Montecito mudslide since last December) the focus of the program was preparing for disasters. Not a very sexy subject but it is compelling when you think about the items in a household that tell the family’s history and there are collectibles that could be worth more than the house.

Of course, none of the discussion was canned advice from a website. Personal stories were abundant, and it was a lively and fun interview, not drab or philosophical at all as you might expect with Elizabeth who is really fun in real life.

Fine Art Conservation Laboratories has a division of its services that focuses on disaster response. Since the Thomas fire last December, we have prepared about 60 insurance proposals for clients. Of course, each client has a property full of smoked or muddy items and in all, we estimate that we’re talking about the clean-up of about 7,000 – 8,000 art related objects. We’ve been working with Service Master and ServPro, mostly in the Santa Barbara area. We also work with Rainbow International.

The question always arises whether an item is “worth” the money and effort to bring it back into “pre-accident” or “pre-existing” condition. That question is more easily answered when it’s a collectible that you buy in a store, auction or gallery. But what about the items that can’t be scheduled on an insurance policy that tell the family’s story to later generations and the “things” remind us of those memories? In effect, the items we pass down contain our memories to retell the stories and pass on the heritage of our families.

There are ways to be prepared for a disaster with family treasured documents and heirlooms and we discussed and told stories about personal examples. 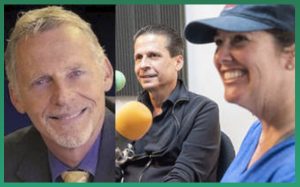 Elizabeth also interviewed Luke Swetland and Caroline Grange after my interview. He is the President and CEO of the Santa Barbara Natural History Museum. He came to Santa Barbara after a long and distinguished career at the Japanese American National Museum (for whom we are the painting conservator), the Autry Museum (for who we have done painting conservation), the Getty Conservation Center (for whom we have done special projects and research for). 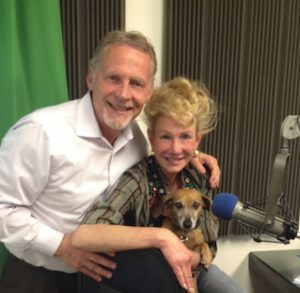 To hear the radio program, search for August 3 2018 on this webpage: click here

Scott Haskins has been in professional art conservation since 1975, specializing in the conservation/restoration of easel paintings, murals and art on paper. FACL, Inc. is known nationally for doing A+ work no matter the size or difficulty of the project. We are happy to do a quick cleaning on a family heirloom. Our client list and resume is also full of very satisfied clients of large, difficult/complicated projects at remote locations. Excellent services are also available as an Expert Witness/Legal Testimony in art related matters. Consultation on art related projects occur regularly including extensive insurance evaluations for insured or insurer. Services are offered worldwide. Scott M. Haskins is also author of the "Save Your Stuff" series, educational information, materials and supplies to help people protect and save their treasured family heirlooms and collectibles at home and office. He can be reached at 805 564 3438. Video and written testimonials at https://www.fineartconservationlab.com/testimonials/
View all posts by Scott M. Haskins →
This entry was posted in FACL in the media and tagged art restoration in the media. Bookmark the permalink.